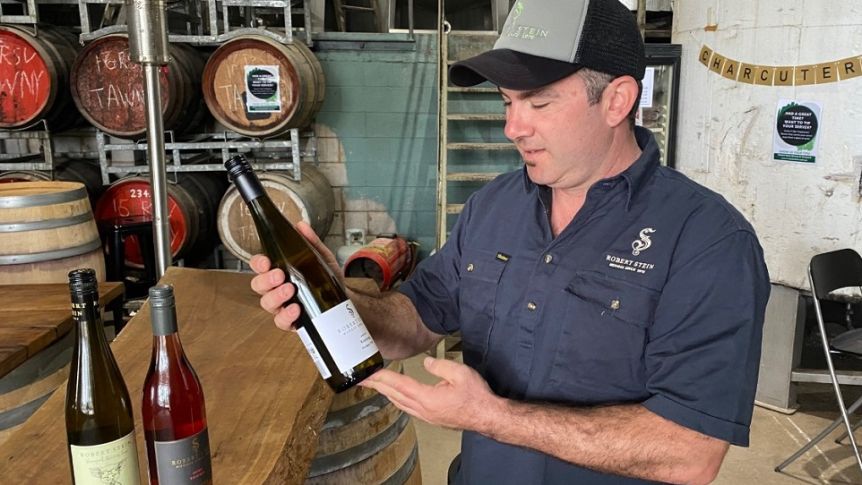 ABC Rural By Michael Condon and Lucy Thackray
The wine industry has dealt with multiple shocks this year, perhaps more than any other rural sector, and there are fears that some smaller businesses will go bust.
“People have to remember that was only a few years ago that we just kind out of a decade-long recession in the wine industry. That recession lasted 12 years, depending upon the business and depending upon where you were in the country. Then we had a few good years and then and then we had the worst drought since Federation.”……

In the Mudgee wine-growing region in the central west of New South Wales, some vignerons had to completely abandon their vintage due to smoke taint.

David Lowe from Lowe Wines is one of many winemakers who decided not to harvest, but he said it was a necessary move because of the style of wine he produced and the long time he gave the wines to mature.

“We know the longer you leave the wine the more likely it could change form to a bad smell and a negative characteristic.”

With no grapes, there will be no wine which will hurt him financially.

Meanwhile, Jacob Stein from Robert Stein wines decided to harvest his grapes. “It was the hardest decision I’ve ever had to make, but I’m so happy we went through with it.”

For more read the full story.